This gallery provides some images from the sectons of this information resource covering these important subjects of UK Nepali community life and also (second part of this page) reference to the special place of the Embassy of Nepal in aspects of the UK Nepali and Nepal – UK special and friendly relations. 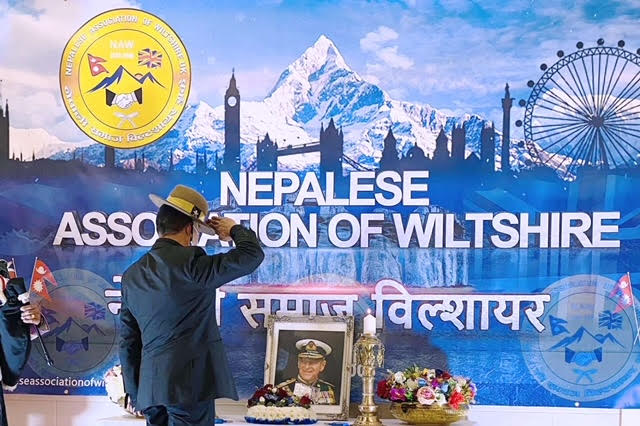 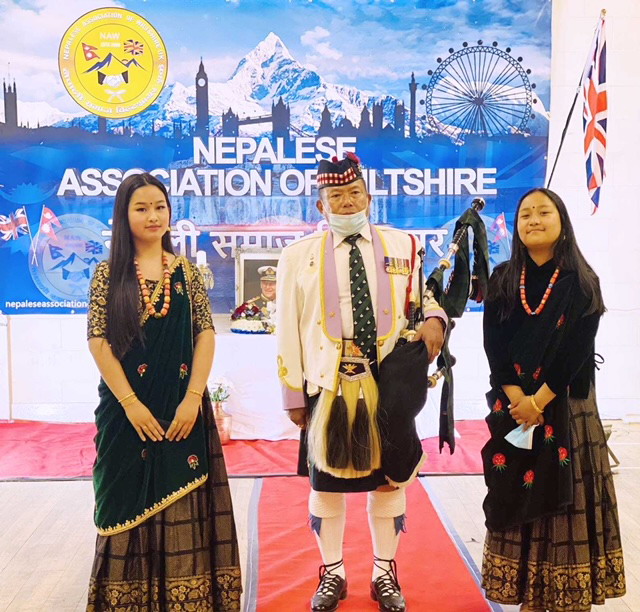 Images of homage to the late Prince Philip, HRH the Duke of Edinburgh from a unique national level UK Nepali – Gurkha community event in Swindon enabled by the Nepalses Association of Wiltshire (NAW) on the occasion of the laying to rest, State Funeral of the Duke of Edinburgh on the 17th April 2021. Images kindly provided to the UKNFS by Mr Gyan Gurung, President of the NAW. 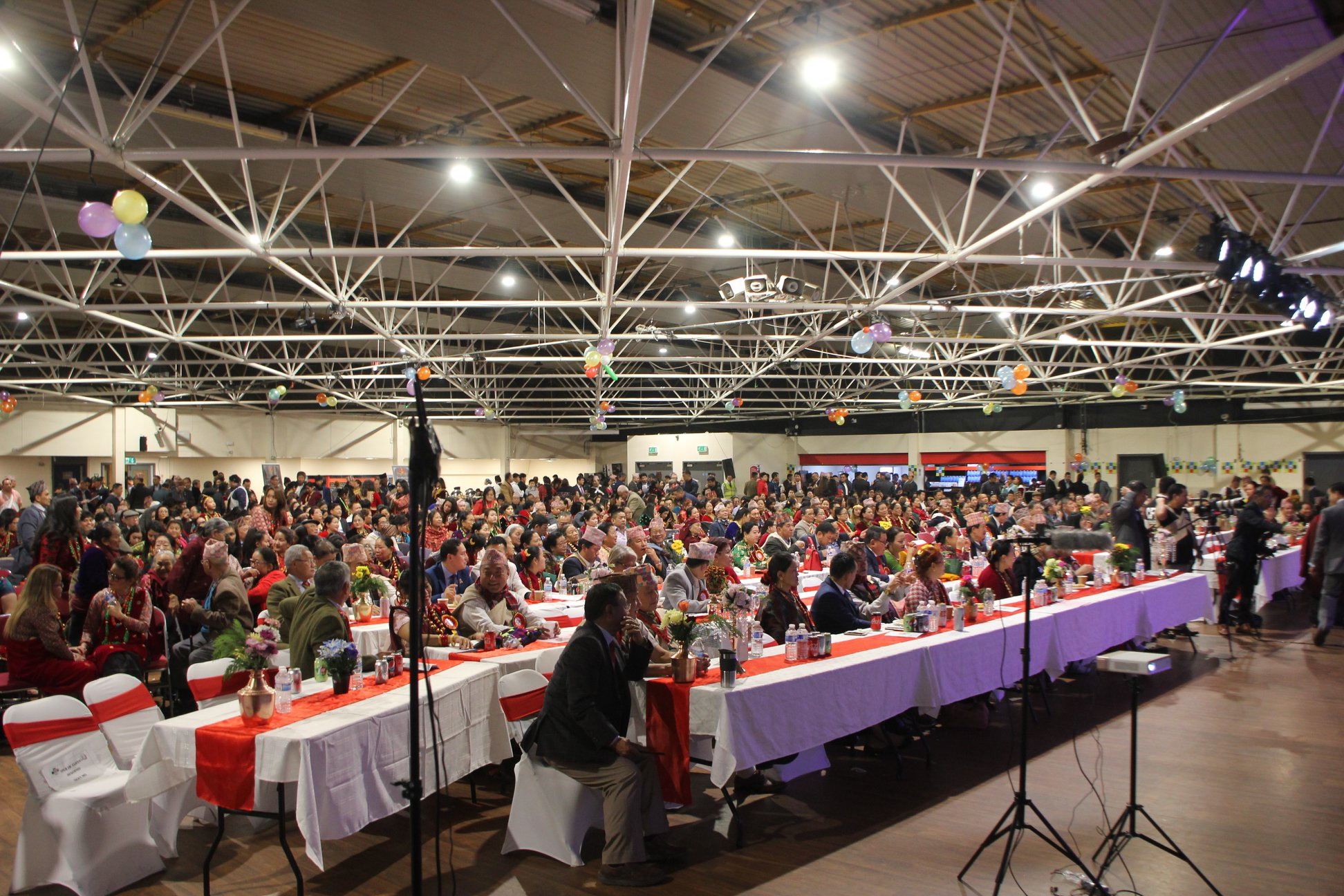 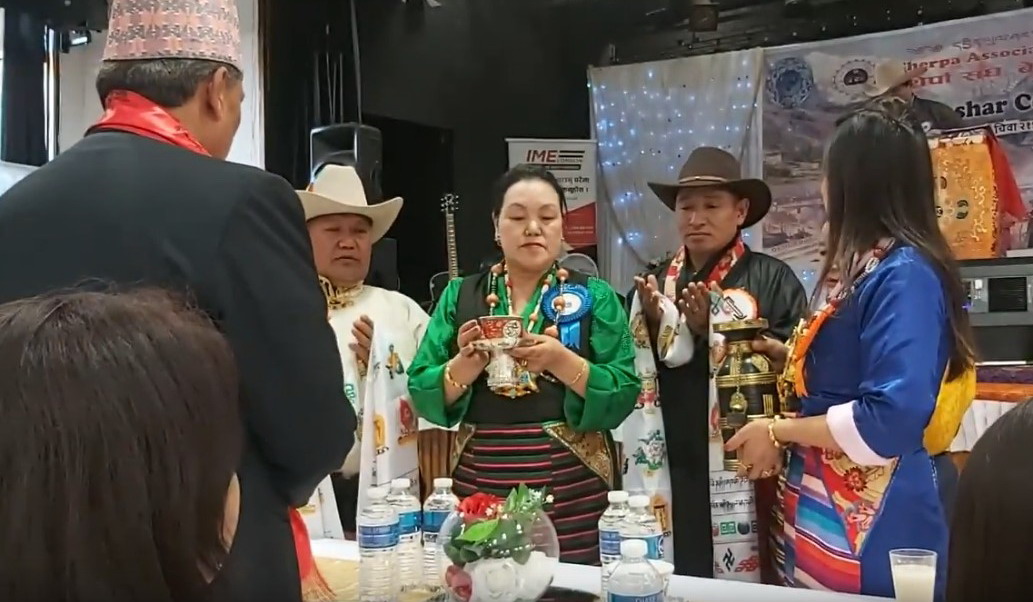 An NRNA UK officers (including a past president) meeting with UKNFS lead and the Leader of Rushmoor Council at the Bhet Ghat restaurant (High Street, Aldershot): such meetings/work by the NRNA UK are important to support UK Nepali community members engagement and support with local authorities and public service organisations

Further image of Anti in use 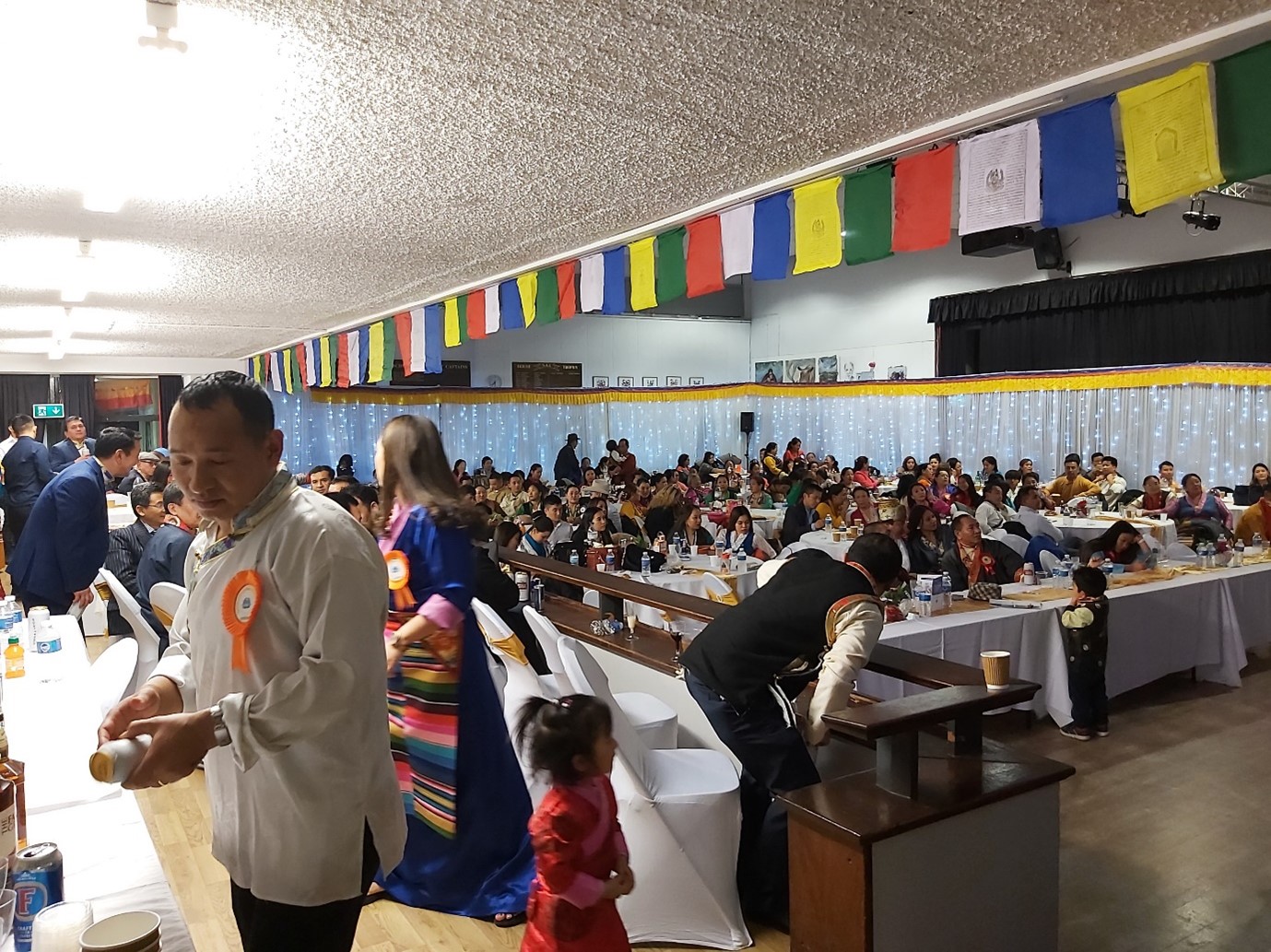 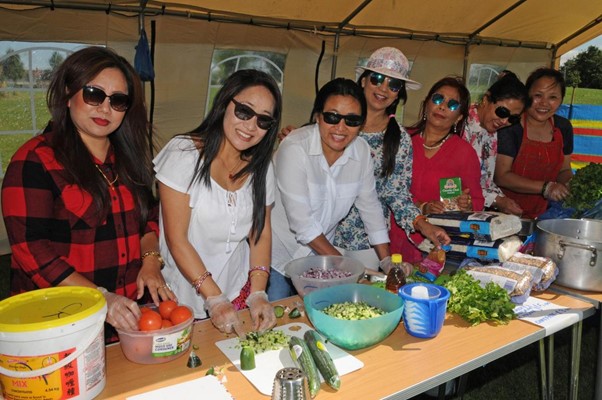 Image of attendees at a recent Buddha Jayanti (the Birthday of the Lord Buddha) event that is organised under the auspices of the Embassy of Nepal in Trafalgar Square, central London

NRNA UK led and UKNFS enabled, December 2018, community leads Census related representation delegation to 10 Downing Street to present petition to the Prime Minister for a Nepali entry (based on the special, Gurkha component of the UK Nepali community and service to the British army) on the hard-copy version of the 2021 Census. In the middle, the then Secretary of State for Defence, the Rt Hon Gavin Williamson MP 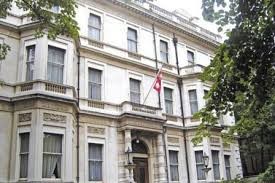 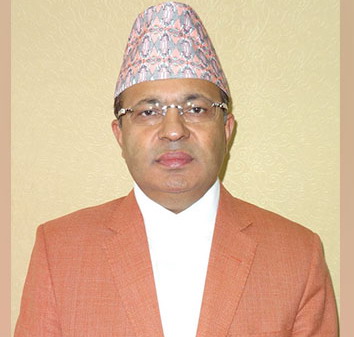 His Excellency, Ambassador of Nepal to the United Kingdom, Republic of Ireland, and Malta 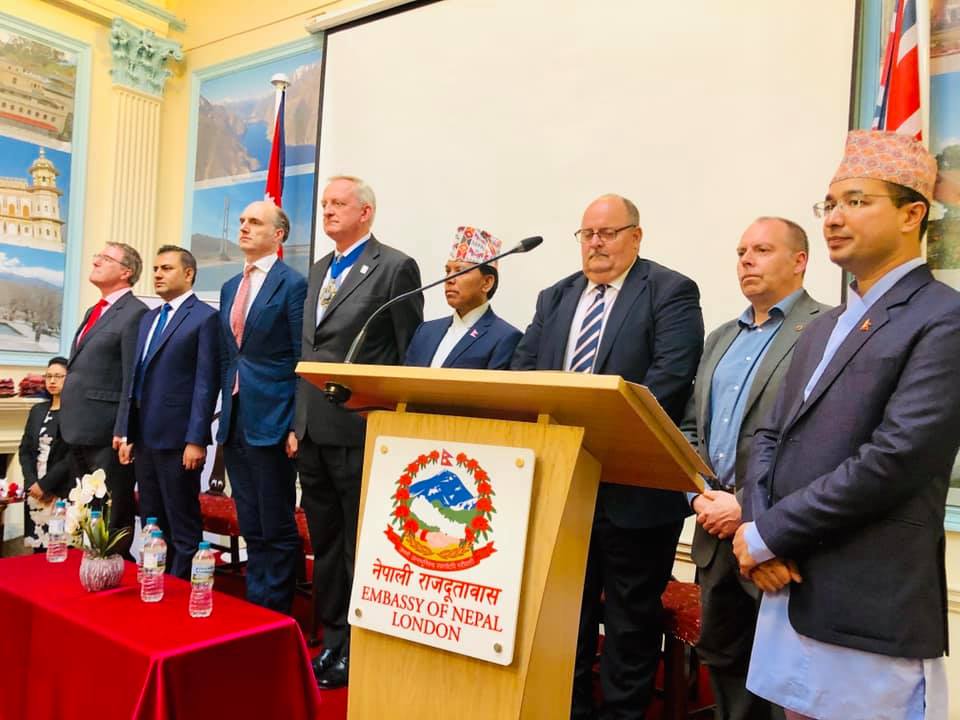 Image from a Nepal Embassy, Nepal Development Conference (initiated by the Embassy and in conjunction with the UKNFS: the conference witnessed announcement by Mr Laurence Jones, Head of the National League System of England FA, on successful enablement of a friendly international football match between the Nepal National Team and the England National C Team) 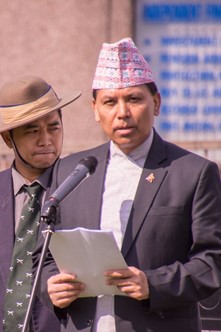