To be truly representative of the totality and diversity of the UK Nepali community population – in some ways (particularly around main shared aspects of culture) homogenous, in certain cases, certainly not — and to fulfil the core educational and knowledge extending purposes of the UK Nepali community cultural & social heritage information resource project, particular UK Nepali sub-population groups and minorities of significance required brief mention for their particular characteristics and in some cases, needs. 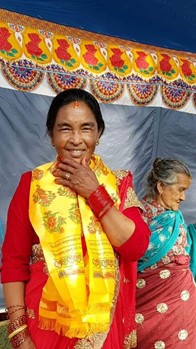 In Nepal the elderly (parents and grandparents, uncles, aunts, great aunts and great uncles) are regarded with reverence and respect – they gave one life, nurtured one as children and youth and want to see their children and grandchildren in honourable situations of life, not only in terms of jobs/wealth/careers, but in terms of contribution to overall society, to the broader social group, clan, given community and town or village – this could be through involving in charitable activity for a health/medical service, hospital, school, orphanage. And to maintain and transfer cultural traditions and practices.

This is a very different approach to senior/elderly family members to that increasingly found in the UK/West in the last decades of the 20th Century and first two decades of the 21st Century.  In a UK context, if parents and grandparents remain in Nepal, while their children and grandchildren have settled in the UK, remittance support for support to those elders is expected and assumed.  In the UK however in regard to the UK Nepali ex-Gurkhas, many parents and grandparents have settled in the UK itself by right.  Yet, because in most (with one or two honourable exceptions, such as the Aldershot – Farnborough / Rushmoor area) instances national to public service organisations have not been in terms of systems & communications, and cultural awareness training, prepared, elderly Nepali settlers in the UK have found them, and especially their siblings confronted with major practical day to day living support needs and especially cultural learning needs; all of these amplified by the particular needs the elderly anywhere in the world have, ageing, physical health decline, mental health and well-being.  As a result, traumatic challenges are not uncommon to elderly first-generation ex-Gurkha family members.

Younger Nepalis: We include in this important age/generation group, Nepali international students and academics, and artists, in this category, as well as health and social care workers, and others.  Younger Nepalis often have much greater career development and income earning potentiality profiles, at least beyond basic social care work sector, areas.  Many find themselves in the UK whilst their fathers or elder brothers serve in the British Army Brigade of the Gurkhas.  Often much more highly educated and schooled in Western education systems and outside of the UK Nepali community contexts, they can find themselves in disorientating and challenging cultural spaces where their birth-culture (Nepali) is not known or rapidly being lost, and at the same time the UK/Western host culture is not properly known for its strengths but also its weaknesses.

Nepali language classes, such as the ‘Junkiri’ language class group provided at Blandford Camp in Dorset, and major work by organisations such as the Greater Rushmoor Nepali Community (GRNC) and even national level sports and community festivals such as the Gurkha Cup and Swindon Cup are all designed to support UK Nepali youth to protect them from the worst elements of the host country/Western culture (ASB, excess drinking, drugs taking, involvement in some urban areas in gangs, etc.), and at the same time preserve and share knowledge of Nepali culture traditions, customs and values. 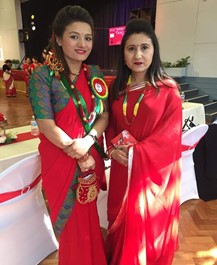 Nepali society in Nepal is still considerably male-orientated in terms of rights and powers at family, employment types and career, as well as broader society levels. This dynamic transfers in many, but not all, cases to the UK Nepali community.  In the UK however, Nepali women have exposure to exceptional gender equality and empowerment factors and support, of kinds not yet commonplace in Nepal.

As such whilst many aspects of traditional ages-old culture and traditions where the role and presence of females/women are concerned are and continue to be revered – especially in the spiritual and religious and related concepts and legends are concerned (on Sita through to the Goddess Durga, even the Goddess Kali) – not sanctioned and frowned upon female disempowering or worse, practices are increasingly being challenged.

The secular, individual-respecting, equality, diversity, inclusion human rights perspectives and related ‘red lines not to be crossed’ on abusive/exploitative conduct and crimes, prevailing and deepening values in the UK/West, are providing major inspiration and support to Nepali women, not least UK Nepali community leaders in the UK (the current NRNA UK President, Mrs Poonam Gurung and one of the NRNA UK’s Vice Presidents, Mrs Rojina Pradhan Rai [images below: Mrs Poonam Gurung to left, and Mrs Rojina Pradhan Rai to right]). 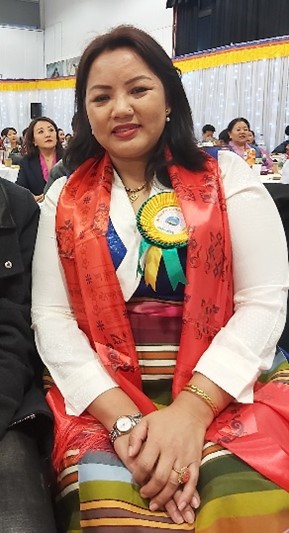 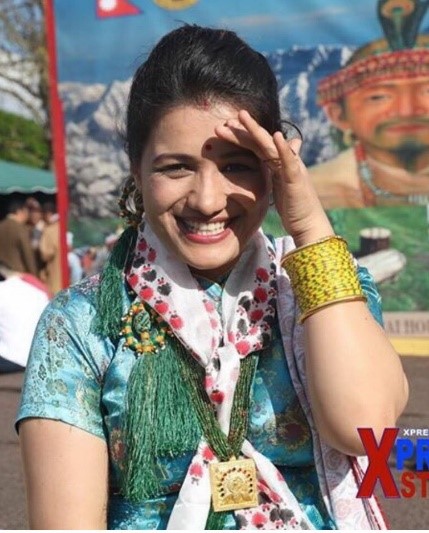 In this sense our UK Nepali women’s community is impacting on culturally sensitive/appropriate gender equality change and women’s empowerment in Nepal itself, which in the upper caste and political and business leads circles of Kathmandu, accelerating considerably.   In the main ‘Culture’ component of this information resource, further information is provided regarding UK Nepali women, including in particular two interviews (representative of younger and often HE educated, generation Nepali women’s experiences and perspectives) in its Gender – women’s roles, rights and search for equality, section.

Sexual orientation and gender minorities (LGB&T): In Nepal LGB&T community members still face major often extreme personally disastrous prejudice and reactions at family, employment/career, and societal levels. Consequently the natural reticence to share sexual or gender minority identity for such reasons has to date transferred for Nepali LGB&Ts (that the UK Home Office ‘hostile environment’ at time of providing this information, aggravates in the case of Nepali LGB&Ts through its treatment of the latter under the UK immigration regime).

The UKNFS through a National Lottery funded research project on health and wellbeing issues and needs exploration in the 2014 – 2015 period found for example that out of a large (300+ individuals) sample size of participants in SE London’s Nepali community, revealed a 0% participation rate by the latter’s LGB&T community (in the UK, Nepal, globally, never less than 6% out of the total given population are on the basis of extensive academic research and other evidence, LGB or T.  This meant that the 6%+ LGB&T participants of the research project weren’t comfortable and probably were afraid to disclose their sexual orientation or gender identity to the researchers, who were Nepali.

In the UK, Nepali LGB&T community members exist, and not a few have found the UK a more appropriate and, generally speaking, respectful of their identities, society than that of Nepal itself: not a few are in dual heritage Anglo-Nepali partnerships/marriages/civil partnerships.  However, generally, we through outreach to UK Nepali LGB&T community members as part of developing the content of this information resource, have found that almost universally these community members have to conceal their identities in regard to broader UK Nepali community communication.  Nevertheless, the community takes part in the UK’s broader LGB&T South Asian sub-culture through once monthly London dedicated South Asian LGB&T community nightclub events and in other ways.

Increasing numbers of loving couples, married partners or civil partners, in the UK, two loving individuals from different nationalities, cultures and ethnicities/races have from the earliest times and especially since the second half of the 20th Century and more than ever now in the early 21st Century, been coming together to form unions.  This phenomenon is also accelerating in regard to indigenous British and Nepalis.

Such unions result in equal level mutually rewarding learning about each partner’s given culture, and as such produce a unique phenomenon of Pan-Western/British – South Asian/Nepali life-long sharing of cultures and even forming distinct transcultural lived and developed experience, happiness and wisdom: the very opposite of the phenomenon of defensive, ignorance-based racism.  As such, although small in number still, Anglo-Nepali couples count as a particularly important UK Nepali sub-population.

There is at least one example of an Nepali-English married couple where the indigenous British side of the partnership is a famous UK pop musician, there are UK – Nepali same-sex married/civil partner couples, and even major UK Nepali-retired Gurkha community leads married not to Nepalis but to indigenous British wives.